Employers should be aware of W-2 scam, protect employee information 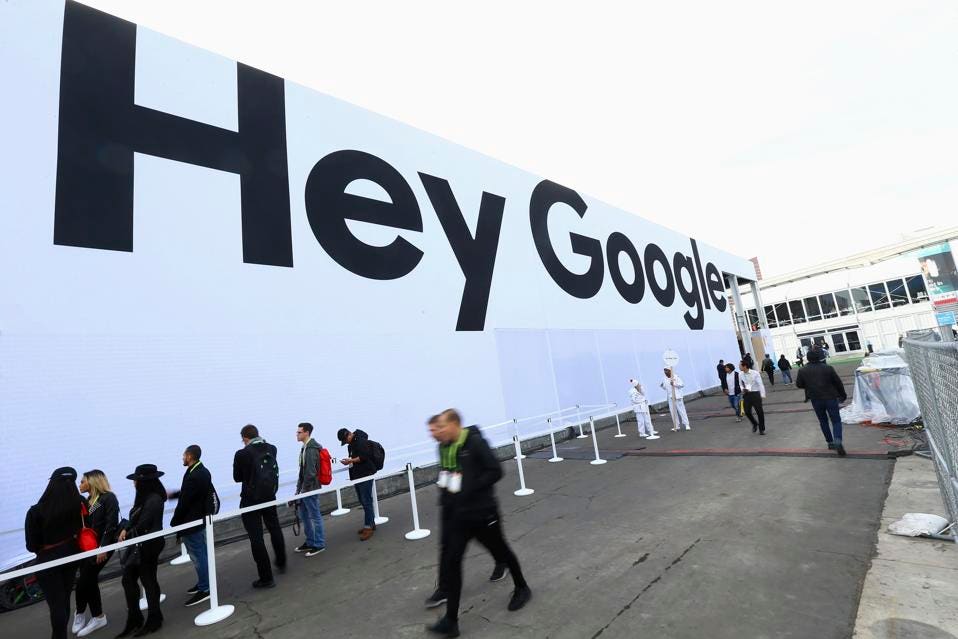 Here are five things in technology that happened this past week and how they affect your business. Did you miss them?

G Suite, Google’s competition for Microsoft Office 365, will soon cost more.  Google announced that it will raise the price of both the G Suite Basic and G Suite Business productivity suites for the first time ever. G Suite Basic will go up from $5 per user per month to $6, and G Suite Business will go from $10 to $12. Microsoft’s small business–oriented product Office 365 Business Essentials is still $5 per user a month with an annual commitment, and Office 365 Business Premium is $12.50 a month with the same terms. (Source: ZDNet)

As I wrote previously here, when cloud companies like Netflix (and yes, they’re a cloud provider) and Google start raising prices it raises a significant concern from my clients about control over their costs.  Can cloud providers just bump up their prices 20 percent as they please? And if they do what recourse does a small business have who’s fully vested in their cloud based system? Ask your cloud vendor these questions and evaluate your risks.

2 — Amazon Go, one year old, has attracted a host of cashier-less imitators.

A year after Amazon opened its first cashier-less Amazon Go store, both startups and established companies are in the process of replicating elements of the Amazon Go concept and developing other ways to streamline the shopping experience for consumers. AI developers are working to identify and track items removed from store shelves by shoppers. Currently, retailers like Walmart’s Sam’s Club, Microsoft, and 7-Eleven are doing away with cashiers in some stores. (Source: Bloomberg)

Ways For Financial Professionals To Respond When A Client Falls Ill

It’s working. Amazon’s cashier-less model is slowly but surely taking hold. If you’re in the convenience store business pay close attention. Same goes for retailers. As cashier-less stores grow in number more consumers will be expecting this kind of experience and the businesses that invest in self-service technology will not only be keeping up with the times but will be able to hold their costs down over the long term…and better compete.

This year, 20 states are scheduled to raise their minimum wages, which will put pressure on the bottom line of many restaurants. With more than 72 percent of people leaving food service and hospitality jobs in 2017, restaurants have started using technology to ease staffing pressure. (Source: CNBC)

Per the same report, one way restaurants using technology is getting customers to order more often from their phones, tablets and computers. Another way is having a kiosk or mobile app that customers can use, which will help reduce the number of employees needed to man the cash register. Technology also helps with retention by allowing restaurants to operate a mobile app platform that tracks employee progress and collects data like average check or items sold during a shift.  All of these are great strategies if you’re having the same challenges.

4 — A New Jersey small business is nearly ruined by a hacker.

Scary. And real.  According to the article domain name and faked ownership of the site so digital companies couldn’t give it back to them. They aren’t alone. In fact, 61 percent of small- and medium-size businesses experienced a cyberattack in 2017. Ultimately, Epoch Trading Post had to change its name and recreate its online presence from scratch, abandoning the brand that had existed since 2015.

At a recent conference Facebook COO Sheryl Sandberg acknowledged that Facebook failed in 2016 to understand how the threat to customer data had shifted from governments trying to access information to governments using the platform to sow dissent and spread misinformation. She said the company continues to scrutinize groups and pages to ferret out bad actors. ‘We’re blocking more than 1 million fake accounts every day, sometimes just when they are created,’ Sandberg said. She also admitted that Facebook did not do a good job managing its platform. ‘People trust us with their data,’ she added, ‘and we have to protect it.’ (Source: Venture Beat)

The social media giant has ten million small businesses with Facebook pages in the U.S. and six million advertisers, most of them small companies. In other words, a lot of us rely on Facebook to attract new customers and engage with our communities. The company’s recent problems have seriously affected its credibility but it’s good see that they’re fighting back. Don’t abandon Facebook. I think they’re getting their act together.  Besides, where else are you going to go?

Gene Marks is a CPA and owns The Marks Group PC, a technology consulting firm based near Philadelphia.

Hiring to Grow Your Business in a Tight Labor Market